The University has celebrated the 30th anniversary of JANET, the Joint Academic Network connecting computers across higher education institutions, by hosting the major Networkshop42 conference. 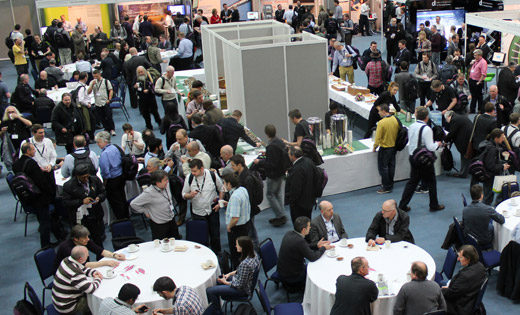 Networking42 is a national conference bringing together the network engineers who provide the core computing infrastructure linking UK universities, colleges and research councils.

The Leeds conference featured live demonstrations of Ultra High Definition (UHD) streaming, showing a dance performance streamed between stage@leeds and the Conference Auditorium and a link-up to the Czech Republic demonstrating how heart surgery is benefitting from UHD filming.

Tim Marshall, executive director of JANET, described the conference as one of the best he's attended.  He paid tribute to the conference organisers and the many student helpers, who helped to create a great experience for the 50+ exhibitors and over 300 conference delegates.