The programme for this year's Ludus Festival - a series of events popping up over several months to animate different parts of the city and led by the University - has now been announced. 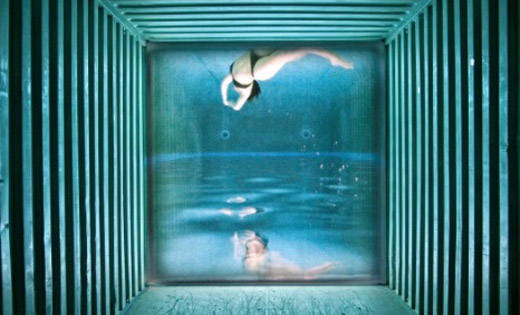 Performances start on 29 March 2014 and will run through into 2015.  All are free, and Leeds residents and visitors are invited to come out to play and perhaps join in and share some reflections on the events.

The programme kicks off with:

LudusThinks Symposium - University of Leeds, 4 April.
Led by the University's School of Performance and Cultural Industries, the Symposium will consider the relationship between performance and place and the impact on audiences, communities, citizens and the city.  Academics, artists, researchers and activists are invited to join the conversation about the potential of performance which seeks to engage with diverse experience of the city.

Professor Mick Wallis, co-director of Ludus Festival Leeds, said: "The city of Leeds has a long history of producing and presenting high quality performing arts. This extended Ludus Festival Leeds celebrates and further strengthens Leeds as an international centre of excellence in theatre and performance.

"The focus for this year’s festival is about connecting with audiences, communities, citizens and artists in unusual spaces and in unusual ways. The University of Leeds plays an integral role in the make-up of the city and by embracing and promoting performance in community areas across Leeds it allows us to make a deeper and playful connection with our neighbours. We are also delighted to be able to extend the ‘pop-up’ element of the festival with events planned through 2014 and into 2015."