Work has begun on improvements to the paved area between the Baines Wing and Michael Sadler Building and to the Beech Grove Plaza. Access and car parking on the northern campus will be affected. 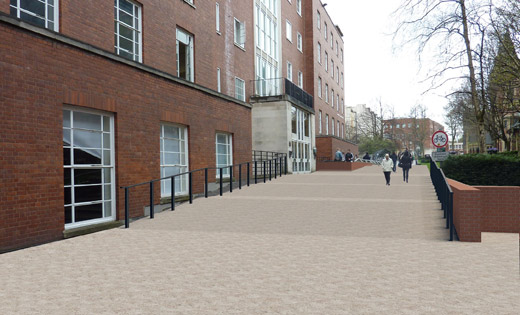 Please note that from Monday 17 February 2014 until late April 2014 Parkinson arches will be closed for construction works, this will include blue zone car park.