Dr Tim Foxon, Dr Richard Brown and Dr Jessica Meyer will all be taking part in this year's Headingley LitFest, which runs from 10 March to 7 April 2014. 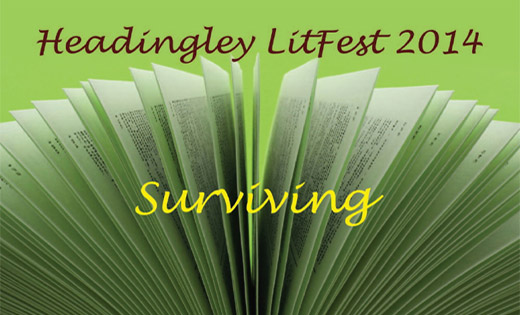 Inspired by the story of the First World War hospital at Beckett Park in Headingley, the theme of this year's LitFest is 'Surviving'.

Dr Foxon's talk on 'Pathways to a sustainable energy system' kicks off the festival on Monday 10 March.

Dr Brown will be examining the relationship of early 20th century literature with the First World War in his talk 'The Return of the Soldier' on Wednesday 12 March, and Dr Meyer will be exploring some of the lesser-known poetry of the War in 'Mud, Blood and Endless Poetry' on Sunday 23 March.

For full details of these and other events forming this year's festival, see the Headingley LitFest 2014 website.