University to be a leader in data analytics and research

Two multi-million pound grants will make the University a major centre for ‘Big Data’ analysis – and a national resource that can be used by academics. 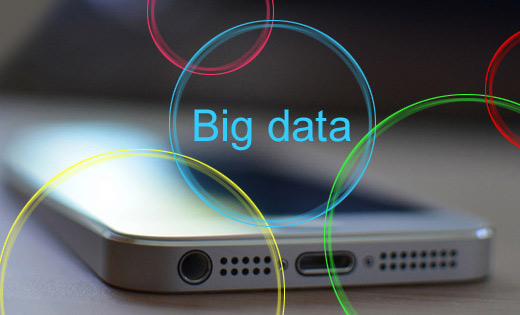 The grants, announced today by Minister for Universities and Science David Willetts at the High Performance Computing and Big Data conference in London, were awarded by the Economic and Social Research Council (ESRC) and the Medical Research Council (MRC).
Sir Alan Langlands said: “These awards provide a real opportunity for Leeds to establish a leading centre in data analytics which will have clear patient benefits, high social and economic impact and real international reach. The investments from the MRC and ESRC provide an excellent platform for the future.”
The funding is part of the Government’s support for research that can drive economic growth. Big Data analysis has been identified by ministers as one of “eight great technologies” in which the UK is internationally competitive.
David Willetts said: “Making the most of large and complex data is a huge priority for Government as it has the potential to drive research and development, increase productivity and innovation and ultimately transform lives.”
The University has been awarded £5.8 million from the MRC and, although the final details are still being negotiated, a further grant of approximately £5 million from the ESRC.
The ESRC grant will be used to establish a new Master’s course in Geography and Business, which will help address national skill shortages in Big Data analysis, and will fund a Consumer Data Research Centre (CDRC) that is jointly hosted by the University of Leeds and University College London.
The CDRC will be a national resource that will make data, routinely collected by business and local government organisations, accessible for academics in order to undertake important research in the social sciences to inform policy development, implementation and evaluation.
At Leeds, this data analysis will span a wide range of topics, including research into controlling the spread of epidemics and improving network transport planning. It could also help with other challenges, such as mapping ethical consumer trends and tracing relationships between shopping habits and health outcomes.
Professor Mark Birkin of the School of Geography, who will lead the ESRC project, said: “The modern consumer environment is producing vast amounts of data that we are only just starting to get to grips with. These data sets can contain enormous volumes of information that, if analysed and studied in the right way, will offer valuable insights into our society.”
The ESRC project will be implemented with stringent safeguards in place that protect individual identities through anonymising individuals’ information and strictly regulating how information is accessed.
The focus of the MRC-funded research will be to link up electronic health records from people who have already agreed to use of their data for research, with high volume molecular data, such as genome sequences. Careful analysis of these data sets in a secure environment can benefit patients by uncovering the underlying molecular mechanisms of disease, suggest new diagnostic and prognostic tests, help identify therapeutic targets, and monitor how effective medicines are.
Again, this research will be subject to stringent safeguards in relation to patient confidentiality and data protection and will operate to the highest ethical standards.
Professor Jeremy Wyatt, Professor of Health Informatics, said: “As well as the obvious boost to medical bioinformatics research in Leeds, the coincidence of both ESRC and MRC funding for research around consumer behaviour, health and genomics opens up unprecedented opportunities to understand the impact of human behaviour on health, and vice versa.”
In addition to the ESRC and MRC funding announcement, the University has also received research funding for Big Data projects from the Arts and Humanities Research Council (AHRC) and the Natural Environment Research Council (NERC).
The AHRC has awarded the University £280,000 for a project to tackle the problems of how to make data more accessible for the general public, specifically by the use of visualisations.

An award of £183,000 from NERC will enable researchers to expand a processing facility for the enormous amounts of radar data from the ESA satellite Sentinel-1, due to be launched in March. This grant will allow greater access to these data, allowing scientists to monitor and map ground movement in all regions across the world prone to earthquakes and volcanic eruptions, and to monitor the rates of ice loss from Greenland and Antarctica.