Congratulations to Dr Alistair McFadyen (School of Philosophy, Religion and the History of Science) and alumnus Keir Starmer QC; recognised, along with other alumni, in the New Year's Honours. 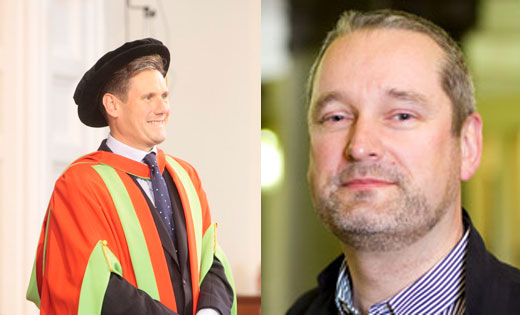 Dr McFadyen has been awarded an MBE for services to policing and the community.  Dr McFadyen is a Special Constable with the West Yorkshire Police, as well as being a Senior Lecturer in Systematic Theology at the University.  His research interests lie in trying to understand theologically what it means to be human in practice as well as in theory and how to speak humanly about humanity, and he tries to work explicitly in ways that bring the two worlds of policing in a plural society and academic study of religion together.

A former Director of Public Prosecutions, Keir Starmer has been made a Knight of the Order of the Bath (KCB) for services to law and criminal justice.  Mr Starmer (Law 1985; Hon. LLD 2012) has maintained his links with the University’s School of Law, returning regularly to take part in special events.

Other alumni who have received honours are:

Officer of the British Empire (OBE)

Member of the British Empire (MBE)