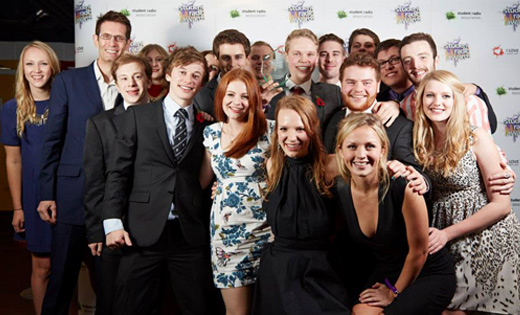 LSR’s coverage of the 2013 Union Leadership Race was the most ambitious ever undertaken by student media in Leeds, culminating with the results show driven from the Union foyer with a live audience of over 1500 students and staff. Transmitting the tension and excitement at the results of the UK’s biggest ever student union election to listeners who could not make the event, was at the heart of this unmissable broadcast.

Using the hashtag ‘#LeadLUU’, listeners could tweet their reactions about the results instantly. The audience sent hundreds of tweets every minute, which overwhelmed the Wifi on campus and became a national Twitter trend.