The University's branch of the Association of University Administrators (AUA) has received an AUA Annual Award for Network Good Practice. 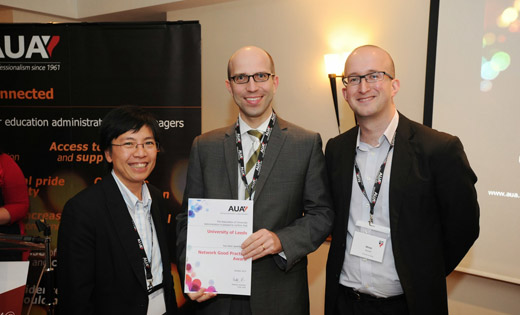 Since its re-launch in 2012, the Leeds AUA has organised a variety of events, including:

Sir Alan Langlands has agreed to attend a Q&A session with members in November.

The group regularly promotes CPD and the AUA accreditation scheme to members and passes on national AUA news.

The AUA judges said that the Leeds AUA, co-ordinated by Oliver Mansell and Catherine Cho, have "gained the commitment and interest of senior leaders as a channel through which they can communicate, have secured an impressive list of speakers, and have quantitative evidence of success."

Find out more about the Leeds AUA.