An obituary for Donald Lee, former Professor of Agricultural Zoology in the Department of Pure and Applied Zoology (latterly Pure and Applied Biology) and Pro-Vice Chancellor, has been published. 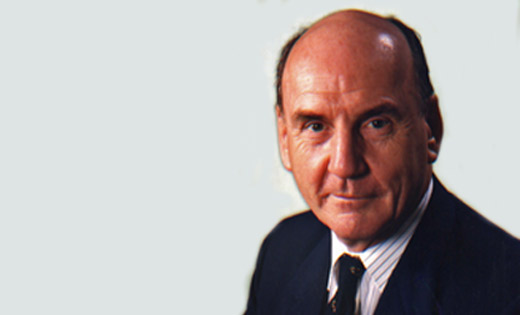 Born in County Durham and educated at Blaydon Grammar School, Donald Lee always retained his love for that region. Following national service in Korea (as part of the Royal Medical Corps) he returned to study for a BSc in Zoology at King’s College Newcastle (then part of the University of Durham). He moved to Cambridge in 1956 and in 1959 received his PhD from the Molteno Institute and Christ’s College, Cambridge, then becoming a Research Fellow and, subsequently, Fellow and Assistant Director of Studies of Christ’s College as well as the Head of the Department of Parasitology at Houghton Poultry Research Station, Huntingdon and, between 1967 and 1970, an Associate Senior Research Fellow at Brunel University.

Donald moved to the University of Leeds in 1971 to take up the post of Professor of Agricultural Zoology in the Department of Pure and Applied Zoology. He made an outstanding contribution to research in parasitology, and was a world authority on nematodes, with over 130 books and papers to his name as well as numerous collaborations and memberships of editorial boards. He was also a gifted teacher. With an infectious enthusiasm for his subject combined with a capacious knowledge of the field, he was both popular and highly effective. He also used these skills to great effect in his work with the University’s Schools Liaison initiative, recruiting new generations to the cause of scientific discovery.

It was characteristic of Donald’s energy and commitment that, in addition to his significant research and teaching roles, he also quickly became a distinguished academic leader not only within the University, but also much more widely. His expertise and sensitivity were highly valued by colleagues and managers, particularly in training, development and promotion matters. He served upon almost every major committee of the University – chairing many – and held a wide variety of roles, including two terms as Head of Department and, between 1987 and 1989, the Pro-Vice-Chancellorship, in an era in which the University had only one such post-holder. He was particularly effective in the latter role as both a dedicated servant of the University and a tireless ambassador for it – a man, it was observed at the time, who ‘got things done’ and a very engaging and eloquent public speaker. As PVC, he also made a major contribution to the University’s wellbeing, in particular through the examination and resolution of staff matters. Despite the great and competing pressures upon him, Donald proved a sensitive and positive intermediary in a period of great change for the institution. He was also a very active member of many national scientific, research and agricultural organisations, including the Research Council boards and his longstanding association with the Scottish Crops Research Institute and the government’s Advisory Committee on Pesticides. Despite his considerable portfolio within the institution, he continued, throughout his career, to seek new academic experiences and to contribute to academic development elsewhere, both nationally and internationally – holding visiting professorships at diverse institutions, including Rice University, Texas; Brunel University; the Slovak Academy of Sciences; the University of Toronto; the University of Hong Kong; and the University of Malaysia, Sarawak, and returning each time with new ideas and perspectives to energise his students and colleagues.

Donald Lee had a brilliant academic mind, combined with the drive and determination necessary to extend the boundaries of scientific knowledge. He always remained approachable, however, able to relate to the personal and the quotidian as well as the abstract and the exceptional. He will be remembered with great esteem, and also great affection for his sense of humour; his personal warmth; his ability to remain – and inspire others to be – calm under pressure; and the unfailing and old fashioned courtesy he extended to all.