A series of celebratory events begins with an exhibition by photographer Chen Man on 15 October. 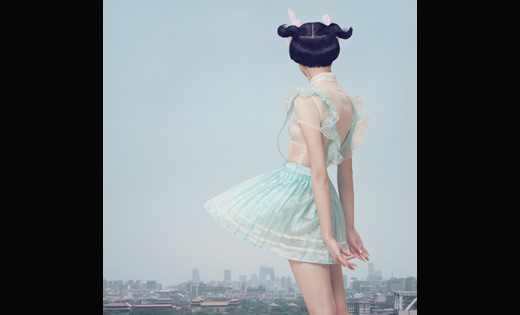 It’s early autumn 1963: the second Bond film From Russia with Love is released, the Daily Mirror coins the term ‘Beatlemania’, Alec Douglas-Home replaces Harold Macmillan as Prime Minister of the UK, Malaysia is formed, and the Department of Chinese Studies at the University of Leeds takes in its first students under founding professor Owen Lattimore.

East Asian Studies are very much looking forward to welcoming alumni and former staff back to Leeds to celebrate five decades of achievement in a weekend of celebratory events so to find out more please visit their website.

Alongside the celebrations and specially showcased to celebrate the 50th anniversary of the University's East Asian Studies Department, the Stanley and Audrey Burton Gallery is excited to be hosting an exhibition by Chinese photographer Chen Man.

The exhibition, Chen Man (16 October - 15 December 2013) - originating from the Centre for Chinese Contemporary Art (formally Chinese Arts Centre) - will include pieces from the Young Pioneers series (2008) which offer both a reflection on the accomplishments of modern China and a critique upon its rapid rate of development. Common themes within Chen Man's work, these comments provide evidence for the artists rise to fame, which coincided with the explosion of consumer culture in China and an increasing desire for luxury goods. Best known as a fashion photographer, her images occupy a space between art and commerce, capturing the personalities and attitudes of a new generation of Chinese.

The exhibition's opening night is on Tuesday, 15 October 2013, 6-8pm and is a free event, all welcome. No booking necessary.