Sciencewise are looking for proposals from individuals, researchers and practitioners from all sectors, for new, innovative work which will add to thinking on public dialogue in policy-making. 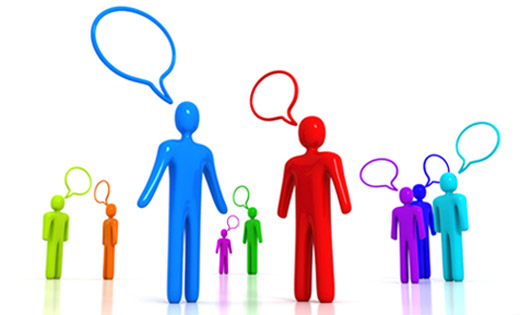 Sciencewise is the Government’s Expert Resource Centre for Public Dialogue in policy-making, involving science and technology. Since 2005 Sciencewise has supported Government to listen to the voices of the public as part of the evidence mix in policy-making. An important part of Sciencewise’s work is stimulating thinking and debate around public dialogue and engagement in policy-making.
Over the years, Sciencewise has commissioned a number of new initiatives, looking at issues such as the role of the media in dialogues, digital engagement and evaluation. For examples of past initiatives to expand thinking on public dialogue, see 'Our thinking' on the Sciencewise website. As part of their commitment to transparency and openness Sciencewise is opening up thinking to outside influence.
The ideas suggested do not need to specifically relate to public dialogue (see the guiding principals) but applicants must show how the work will support a better understanding of the value of public dialogue by policy makers, either directly or indirectly.
Sciencewise are not prescriptive about the format of the ideas and the associated package of work.
They are open to finding activities such as:
•    Development of thinking, leading to printed publications
•    Series of blog posts to engage a particular community of practitioners and policy makers in debate
•    Face to face events
•    Webinars
•    Content for the Sciencewise website which will help to build knowledge, understanding of good practice and stimulate debate
•   A combination of the above
Ideas should be submitted as a word document (no more than 5 pages) by email by 5pm on 12 August 2013 to Edward Andersson.
Sciencewise will commission work worth up to £5,000 +VAT for each piece that gets selected. Their aspiration is to select between one and three ideas of those submitted. However Sciencewise reserves the right to commission one, none or more ideas that are submitted, based on the quality of proposals and the scores given by the selection panel.
The ideas will be reviewed by a selection panel, who will review and score ideas against the following criteria:
•    Relevance of proposed idea to public dialogue
•    Value for money
•    New thinking
•    Ability to deliver
Indicative time table:
•    12 August – Deadline for submissions of ideas.  Ideas submitted after 1700 on 12 August 2013 may not be considered by the selection panel.
•    By 23 August –Panel makes their decision
•    26 – 28 August  - Sciencewise informs applicants of outcome
•    28 August – Sciencewise initiates negotiations with successful organisation(s) or individual(s) to agree programme(s) of work.
•    9 September –Supported work announced on Sciencewise website.
For more information see the Sciencewise website
Posted in: Research and innovationUniversity news
Email Tweet Like LinkedIn