The University's Deputy Vice-Chancellor, Professor John Fisher, has been awarded an honorary Doctorate of Engineering by the University of Birmingham. 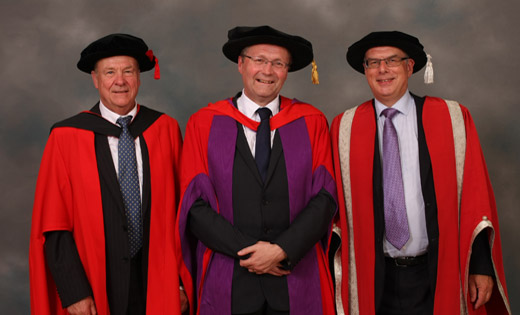 Professor Fisher graduated from the University of Birmingham in 1976 with a first class honours degree in Physics.

He was awarded an honorary doctorate in recognition of the impactful contribution of his work with the Institute of Medical and Biological Engineering - particularly his flagship programme '50 active years after 50' - and its potential to make a positive difference to the quality of human experience and its course of development; the breadth of his contribution to academia; and his organisational leadership.