Help to put women scientists on the map

Wikipedia 'Women in Science' open edit-a-thons have been organised for dates throughout the rest of 2013: learn and contribute more to women's experiences and place in science. 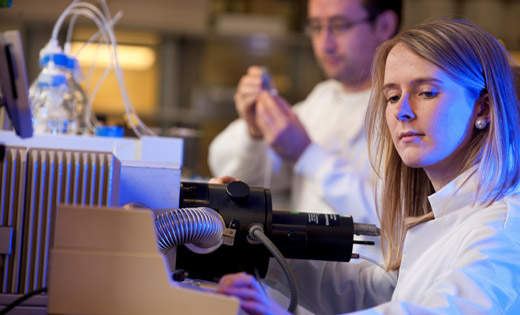 As part of its Centenary, the Medical Research Council has joined forces with the Royal Society and Wikimedia UK to present a series of 'Women in Science' Wikipedia edit-a-thons through the rest of 2013.

Building on the highly successful group 'Edit-a-thon' that the Royal Society and Wikimedia UK ran as part of Ada Lovelace Day to improve Wikipedia articles about women in science in October 2012, six events are planned across the UK with the first being MRC National Institute for Medical Research (NIMR), Mill Hill London on Thursday 25 July to celebrate Rosalind Franklin’s birthday.  Further events are planned in London, Cambridge and Edinburgh.

These free events are open to people who are new to Wikipedia and experienced Wikipedia editors.  Female editors are particularly encouraged to attend.  Drawing on resources from the MRC, The Royal Society, Wellcome Trust and National Library of Scotland, the events will have access to a rich collection of printed and electronic works about women in science, including biographies and works authored by scientists.  At each event the location's librarians will explain more about the collections and provide guidance on finding sources.

Additionally, as part of each Edit-a-thon there will be a panel discussion led by eminent female scientists on women's experiences in science, and diversity in the scientific workforce more generally, together with how under-representation can be tackled in the future.  The panel discussion at NIMR on 25 July will be led by Professor Dame Athene Donald.