A member of staff, alumni and a generous supporter of the University of Leeds are recognised in the New Year's Honours list. 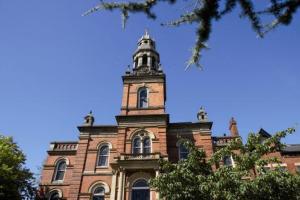 Jillian Johnson, artistic director for the University of Leeds International Concert Series, has been awarded an MBE in the New Year’s Honours.

Jillian, who joined the University of Leeds in 1965 in the Department of Biochemistry, moved to the School of Music in 2001 to help co-ordinate the University’s concert programme, which is currently celebrating its 100th season.

Now responsible for inviting up-and-coming and established artists from across the world to bring the very best in musical performance to the city, Jillian received her MBE for services to music and higher education in Leeds.

Jillian said: “I was very surprised to receive this award, but delighted that the concert series should receive this recognition. This is a particularly special time as the University marks 100 years of public concerts and we have a great opportunity to promote the role that the international concert series plays in celebrating performing arts in Leeds.”

University of Leeds alumnus, Alistair Brownlee (Sport & Exercise Sciences in 2009), was also awarded an MBE, for services to Triathlon. Securing the gold medal at the London 2012 Games, Alistair was recognised as part of a Special Honours List to mark Team GB’s unprecedented success at the Olympics.

The Queen's New Year's Honours also saw another University of Leeds graduate recognised, when London's Transport Commissioner, Sir Peter Hendy CBE (Economics and Geography in 1975), received a Knighthood awarded for services to transport and the community.

Another honour of significance for the University of Leeds was the CBE awarded to Terry Bramall, a Yorkshire entrepreneur and generous philanthropist, for his services to charity.

The Liz and Terry Bramall Foundation has provided generous support to the University’s widening participation programmes, funding Reach for Excellence, a scheme which aims to support young people who demonstrate the potential to study at University. The Foundation has also provided for 20 scholarships each year for young people who progress through the scheme to win a place at Leeds. Posted in: University news
Email Tweet Like LinkedIn