Sir Ian Kershaw, former Professor of Modern History at the University of Sheffield, and an honorary D.Litt. of this University, is to give a guest lecture here on 14 November 2012. 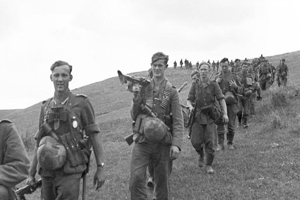 Sir Ian is a world-renowned authority on the history of Nazi Germany. He is most celebrated for his two-volume biography of Hitler, subtitled Hubris, 1889-1936, and Nemesis, 1936-45, published in 1998 and 200 respectively. But among his many other books, his The Nazi Dictatorship: Problems and Perspectives of Interpretation has remained a standard authority since its original publication in 1985. Other works include Fateful Choices. Ten Decisions that Changed the World (2007), and his most recent book, The End. Hitler’s Germany, 1944-45 (2011), which he says will be positively his last word on the Nazis. He is currently working on a general history of the twentieth century.

His lecture, sponsored by the School of History and the Faculty of Arts, will take place: