Professor Markus Aspelmeyer from the University of Vienna will explore the fascinating interface between quantum physics and (quantum) gravity in a lecture at Leeds on 3 April 2012. 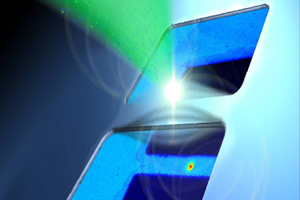 Professor Aspelmeyer leads research in Quantum Foundations and Quantum Information on the Nano- and Microscale in the Faculty of Physics at the University of Vienna.  He has won numerous awards for his research in quantum optics and quantum nanomechanics, including the 2007 Fresnel Prize of the European Physical Society.  His research has applications both for quantum information and new quantum technologies, and also for the foundations of quantum physics.

Read more about his lecture at Leeds.

To reserve a place at the lecture, email Glenys Bowles.