The consultants working on the new Library building planned for the Woodhouse Lane site have now completed the feasibility stage and produced preliminary plans for the building. 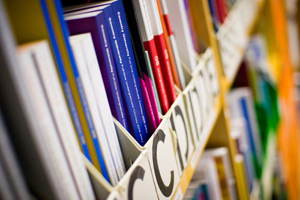 Their report shows a building accessible from both Woodhouse Lane and Hillary Place.

The design is at a very early stage and is likely to change substantially as it develops over the next few months.  However, it is based on providing approximately 1,000 reader seats along with first and second year undergraduate recommended texts for all faculties except Health Sciences.  As well as areas for quiet study there will be bookable group study rooms, areas for social learning, training rooms and community engagement space.  There will be a café on the ground floor.  All study and learning areas will be highly IT-enabled.

Subject to planning approval building work is proposed to begin in Spring 2013 and the library will open in September 2014.