Turning the key to economic recovery

Ana Botin, the CEO of Santander UK, will be delivering a guest lecture at Leeds University Business School in March on 'UK Banks and Small Businesses: key to economic recovery'. 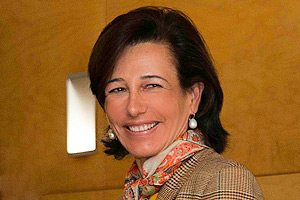 Since December 2010 Ana has served as CEO of Santander UK, the British banking subsidiary of the Santander Group. Previous roles include being executive chairman of the Spanish bank, Banco Español de Crédito, and seven years at JP Morgan in the US. In 1988, Ana returned to Spain and began working for the Santander Group. In November 2010, Ana became the successor of António Horta Osório as Chief Executive of Santander's UK Operation.

In 2009, Ana was ranked by Forbes Magazine as the 45th most powerful woman in the world.