Motivational speaker and Olympic athlete Kriss Akabusi, will come to the University of Leeds on 2 February 2012 to talk to us about London 2012. 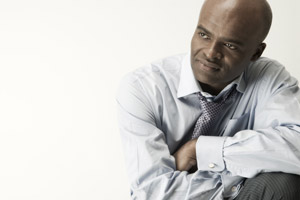 Akabusi won an Olympic Silver Medal in 1984 Summer Olympics in Los Angeles, California and was a member of the British Olympic Team in 1988 (Seoul, South Korea) and 1992 (Barcelona, Spain).  He won the World Gold Medal in the 1991 World Championships 4x400 meter relay squad in Tokyo, Japan.  He will be talking about London 2012 and giving his unique perspectives on elite sport and the Games.

The talk will take place:

In:   Conference Auditorium (building 100 on the campus map)

All lectures are free to attend and open to everyone.  Full details of these and other lectures in the series are available at www.leeds.ac.uk/olympics or enquiries via celebratingthegames@leeds.ac.uk