Holiday shutdown - how did we do?

Energy consumption across campus on Christmas Day was significantly lower in 2011 than 2010, reducing carbon dioxide emissions by 72 tonnes and saving thousands of pounds in the process. 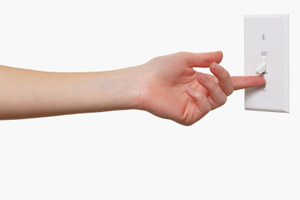 Electricity consumption fell by 15% and the energy used for heating dropped by 46%.

The result is significant, not only because Christmas Day provides a useful benchmark with the University being closed, but with the estate larger than it was twelve months ago, energy consumption was actually expected to rise.

While there is no doubt that the milder weather played a significant part, the improvement also comes eight weeks into the It All Adds Up campaign, aimed at increasing awareness of energy consumption and our carbon footprint among staff and students.

Director of Facilities, Dennis Hopper acknowledged the contribution made by staff across campus, "We know that there are significant benefits from paying attention to using energy more efficiently. I'd just like to thank all those staff and students who played their part over the holiday period by taking the time to switch things off - and for the understanding of schools and services in enabling this to happen".

The campaign web site features various resources to raise awareness - and to dispel a few myths - and staff have until 20 January to enter a competition to win an iPad by answering five questions, answers to all of which are featured somewhere on the site itself. For more details, see the competition page.