Open meetings - preparing for our future

Around 400 members of staff attended open meetings in November to question the University’s leadership team: some key themes emerged from the questions raised. 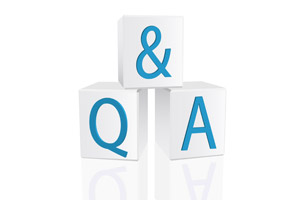 As teaching and support staff alike look ahead to the 2012/13 academic year, there is concern about how to respond to students who might think of themselves as education consumers. The panel highlighted the value of the Partnership in managing expectations by setting out the core values on which an education at Leeds is based and emphasising that it is not a one-way process. The NSS survey, whilst not an objective measure of quality, has a part to play in measuring how well student expectations have been met.

Staff also asked about the effect of the student finance changes on 2012/13 application numbers. When the meetings were held application numbers were on track to meet planned numbers, but the final figures will not be known until mid-January. School and faculty teams will be tracking applications until then.

The panel acknowledged that there is concern about the possible impact of the higher undergraduate fees on the number of students who go on to postgraduate study. In light of this, fees for postgraduate courses across the University are being reviewed, taking into account the reasons why different subjects might be studied at postgraduate level.

The changes proposed by UCAS to the undergraduate admissions system - focused on post-results application - were discussed. You can read more about the UCAS consultation and the University's draft response to it elsewhere on For Staff and in the Vice-Chancellor's November 2011 leader column. UCAS is expected to announce the outcome of the consultation in March 2012.

The panel outlined the University's approach to the Research Excellence Framework, which is focused on submission quality. You can read more about this in the REF 2014 in-depth section of this website.