The Institute of Medical and Biological Engineering (iMBE) at the University has been rewarded with the 2012 Queen’s Anniversary Prize, the country’s highest accolade for an academic institution. 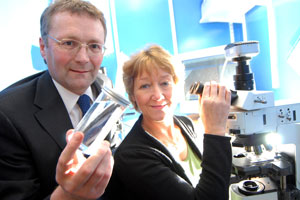 The award, which will be presented by the Queen in February, recognises the contribution iMBE has made during two decades of cutting-edge medical engineering research and impact.  Led by Professors John Fisher and Eileen Ingham, the Institute is the UK's leading bioengineering research institution and has pioneered research into joint replacements, spinal interventions and tissue engineering and created new products and therapies that are now in use by surgeons in clinics and hospitals around the world.

A press release giving full details of the award can now be found on the University's website.