A small exhibition of rare photographs and film footage from late nineteenth century Mexico is being staged in the Parkinson Court from 10 to 14 October. 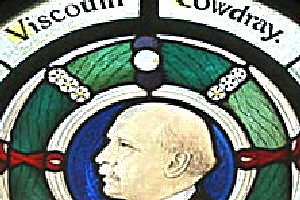 The materials are from the archive of Yorkshire businessman Weetman Pearson (Lord Cowdray).  Between 1889 and 1919, Yorkshire businessman and politician Weetman Pearson became one of the world's most important engineering contractors, a pioneer in the international oil industry, and one of Britain's wealthiest men. At the centre of his global business empire were his interests in Mexico.

This exhibition is organised by the current Cowdray Professor, Paul Garner, the author of 'British Lions and Mexican Eagles: Business, Politics and Empire in the Career of Weetman Pearson in Mexico 1889-1919' (Stanford University Press, 2011).

The rare photographs and film presented in this exhibition show the extent and range of Pearson's business enterprises over a period of 30 years.