From satellites in space, to the identification of a dead King, there was a lot for technicians to learn about at the 2017 Institute of Science and Technology conference.

On Thursday 14th September 2017 I attended the Institute of Science and Technology (IST) one-day Technical Conference which was held at the Mercure Grand Hotel, Leicester. I had gone down the day before so I could visit the nearby National Space Centre, it was a nice surprise to see how many other technicians from the University of Leeds had made it down to Leicester on the day. The hotel was large and grand enough to merit the name, and the staff were helpful and provided good catering.

The conference started at 10am with the IST Chairman Terry Croft giving the opening speech and giving us the good news that interest in professional registration is growing, as is IST membership. I was also glad to hear that the visibility of technicians is increasing so more people know what we do. He then introduced the first keynote speaker, Dr Turi King, who gave us a fascinating talk on the Discovery and Identification of Richard III who is now buried in Leicester Cathedral. 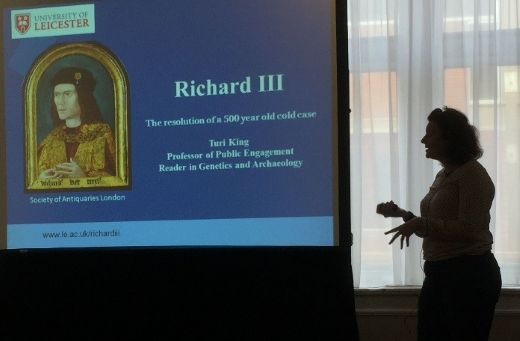 It was a very interesting and inspiring talk and she was an amazing speaker. She went through a brief history of Richard III and how they traced his living ancestors, genetics and how they went about locating his unmarked grave which was turned out to be under a car park. At the end there was brief Q&A where someone asked if technicians were instrumental in helping uncover if they skeleton they found was his, and she was very complimentary about how much the team’s technician had contributed.

Throughout the day there were a large range of workshops to pick from. As I had recently gained professional registration which requires regular CPD (Continuing Professional Development), the first workshop I attended was CPD is a good thing!, delivered by Phillipa Nobbs. It was very useful, and gave me a better understanding of what constitutes CPD besides training and attending conferences.

The second workshop I attended was presented by Helen Sharman OBE about the Future of the IST. As I was considering joining the IST this seemed the best choice. It was good to contribute as I could suggest some changes for their website and point out where their website was lacking, having recently been researching it. 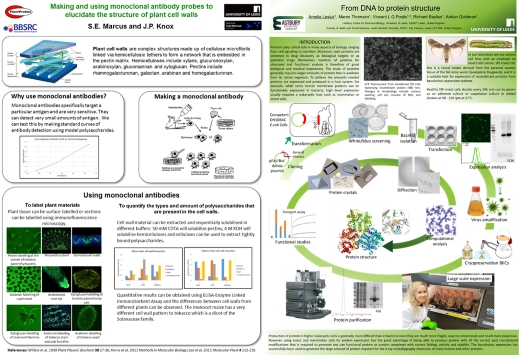 The FBS posters submitted for the competition

The second keynote talk was by Professor Anu Ojha (Director of the National Space Centre) called “Space, What’s the Point?” I really enjoyed this talk as it’s on one of my favourite topics. He was a really good and engaging speaker. He showed us just how much we can learn about our planet using satellites and how the human species is impacting our planet. It was also nice to be reminded that we are closer to space than we are to London. He gave a good round up of the current size and health of the UK space industry. His slides were really good and they illustrated his points, with an excellent Q&A session at the end. I even got a question answered about what his favourite space probe is, it was Voyager 2 (as is mine!). Cassini-Huygens came a close second though.

As the day drew to a close, the final short talk was a good summary of the day and Katherine Whitley (University of Sheffield) won the poster competition with a poster about fruit flies, winning an iPad mini. The next IST one-day Technical Conference will take place on 13th September 2018 in Newcastle. All in all I had a great day and I hope to attend next year’s conference. 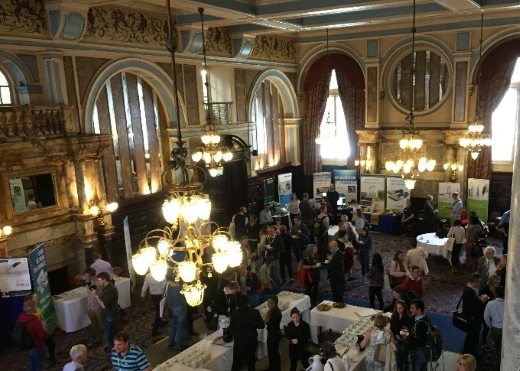 View of some the suppliers stalls